Hope in a Changing Climate

A major project is restoring fertility and hope to China's Loess Plateau, until recently one of the poorest regions of the country. Centuries of continuous agriculture have removed the trees and leaving land vulnerable to erosion from wind and rain. An area the size of Belgium, its once fertile soils have been washed away, leaving a blighted land scarred with deep ravines - and farmers scarcely able to make a living.

According to soil scientist John D. Liu of the Environmental Education Media Project (EEMP), it's a story repeated all over the world. For 15 years John has been following a remarkable project to replant trees and stabilize the soils of the Loess Plateau. Once bare hillsides are now cloaked with green forest and productive fields. Hope in a Changing Climate follows John on a journey from China to Africa to find out how the lessons learnt about the Loess Plateau could help restore degraded lands around the world. 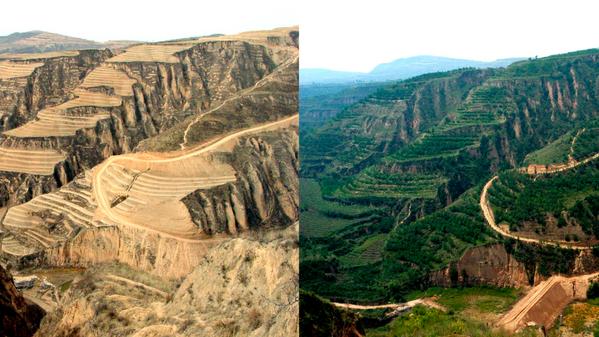