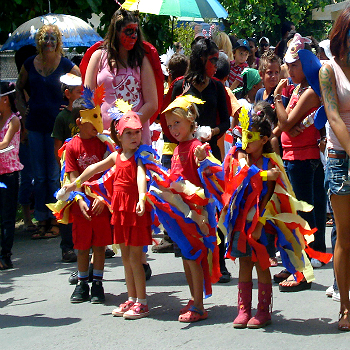 The pristine rainforests and the rugged natural beauty of the Osa Peninsula make this region among the most beautiful areas in Costa Rica. Declared ‘one of the most biologically intense places on earth’ by the National Geographic Magazine, the Osa Peninsula along with Drake Bay have today, become the premier ecotourism destination in the county.

The Osa Peninsula is a peninsula located in southwestern Costa Rica, in the Puntarenas Province, with the Pacific Ocean to the west and the Golfo Dulce to the east. The peninsula was formed geologically by a faulting system that extends north into California.

The peninsula is home to at least half of all species living in Costa Rica. The main town on the peninsula is Puerto Jimenez, which has its own airport and provides access to Corcovado National Park as well as the coastal villages of Cabo Matapalo and Carate

Join us at the 2016 Sea Turtle Festival