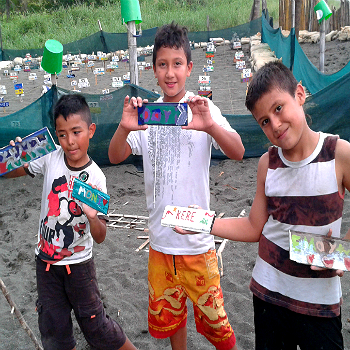 The Eco Preservation Society is partnering with COTORCO, a community conservation group in Carate, Costa Rica.  The COTORCO sea turtle conservation project is managed by a British Biologist, Phoebe Edge.  Through Phoebe's tireless efforts the program has flourished as a community run effort.  The Eco Preservation Society seeks to support the community efforts by providing salaries for key personal running the project and to raise revenues vital equipment for the program.   You are invited to Join the EPS Osa team and support the work of Phoebe and the entire COTORCO team.

Join us at the 2016 Sea Turtle Festival

Become a Sponsor of EPS OSA